In my last post, I told you about the day of sketching I did in the offices of a team of architects. If you remember, it was slightly different to my usual work: this time, the client wanted the sketches as part of an illustration for a report. 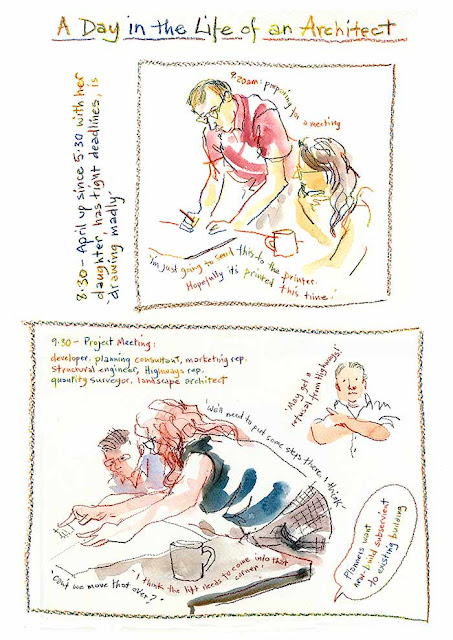 The original brief was to create a double-page spread of images, which communicated what an architect did all day. I did as many sketches as I could on my day out, with the idea that we could choose the best, say 5 or 6 images, which I would montage together later, using Photoshop, to create the final illustration. 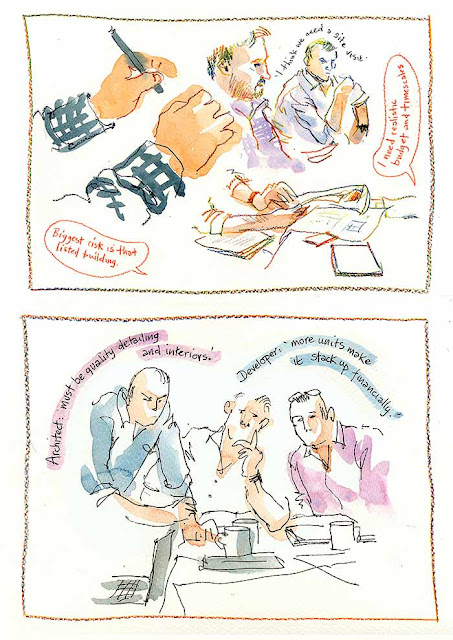 But when the researchers saw the 13 sketches, they didn't want to use less than half of them. It seemed a waste. What to do? They went back and looked at their costings. They had the idea of an illustrated pull-out, which would give me six A4 pages to fill with illustrations, instead of just two. They spoke to their printer and asked for a quote. I waited with baited breath...

… and a couple of days later, I got the go-ahead! 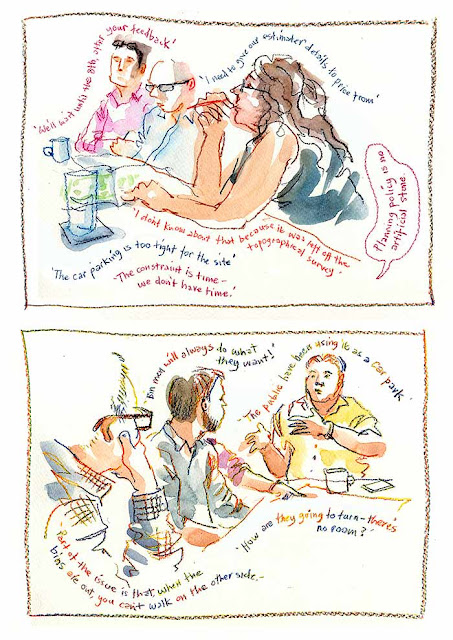 The researchers sent me a list of additional text and quotes that they wanted me to add to the images, taken from the research notes that were made on the day. I had to write each quote out by hand, so it would match the text I'd drawn originally, and then scan it all in. I used speech bubbles for a lot of the new text, to add visual variety and stop things getting fussy. 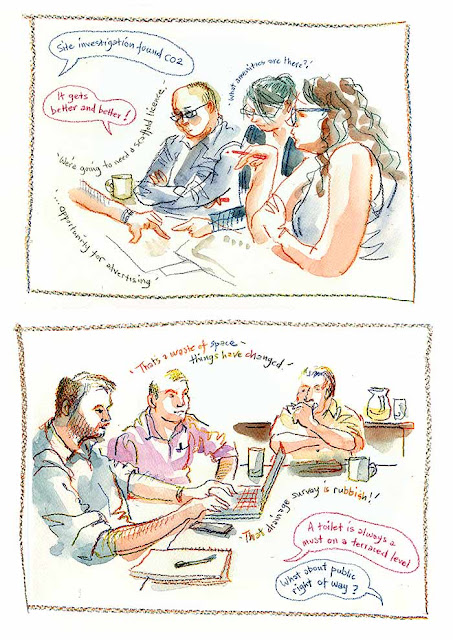 I spent all of Monday at my computer, laying the images out. In the end, we only had to lose one sketch, because 12 worked out so well: two images per page. 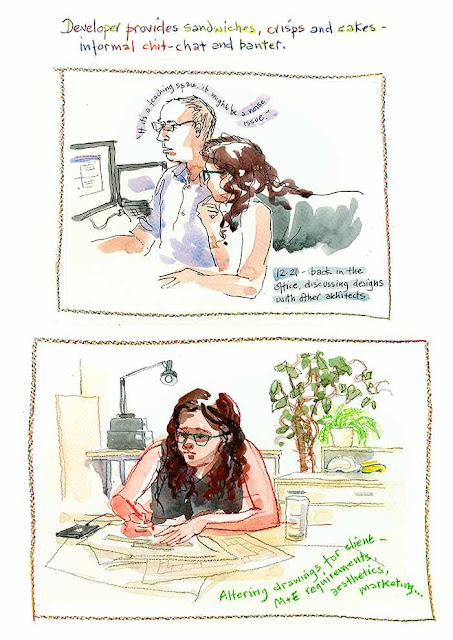 With all that extra text, I decided the individual sketches needed boxes around them, so the pages looked less bitty. But I didn't want formal, computer-drawn boxes - they needed to be sketchy. I drew half a dozen with my rainbow pencil and scanned them in too. 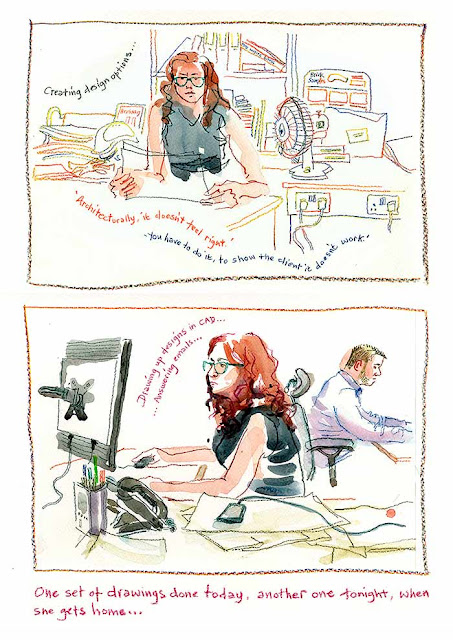 Here are the finished 6 illustrations, in order, through the architect's day. I think the effect with the boxes works rather well in the end. I am relieved that they are being used larger too, as I was concerned that the text might be a little hard to read, if I had to squeeze lots of images into a much smaller space.

I have sent everything off to York University. I can't wait to see how it looks as a pull-out.

Thank you. Hope so! The researchers at York University are pleased, so that's good :-)

I just discovered you via numerous internet link wanderings. I've ordered your sketch people book as I am keen to get brushed up on my sketch skills. Sketching quickly in public places - overwhelming - where to start! So glad to have found you. The Morgan project seems so very interesting, such a rich tapestry of life becoming art and art becoming life.
Accordion books, YES!