What do you think of my posh new concertina sketchbook?

I made it using the same system as the one I showed you before (in fact I used my own blog post to remind me how to do it!). That green one was a real work-horse: I used it for the entire year of my residency, I just kept refilling it with new paper. It has lasted really well. It's a bit dog-eared but has plenty of life in it still. This new one is for a different project. Something new! 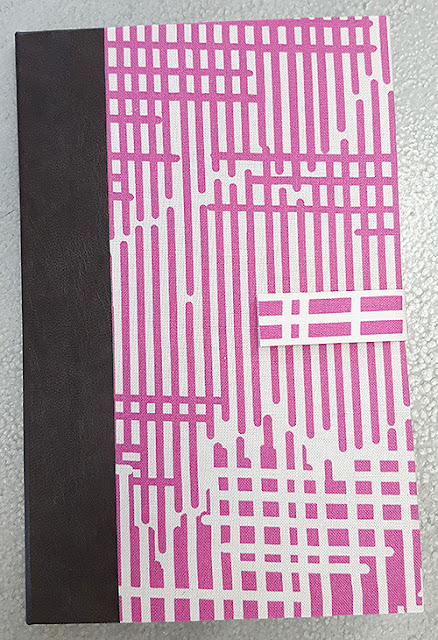 At the Urban Sketchers Symposium in July, I chanced upon a small group of people who were very excited. They had been taking part in a 'sketchbook exchange' project all year, Sketchers Sans Frontieres and, because they were based all over the globe, this was the first time they had come together to look at the completed work. 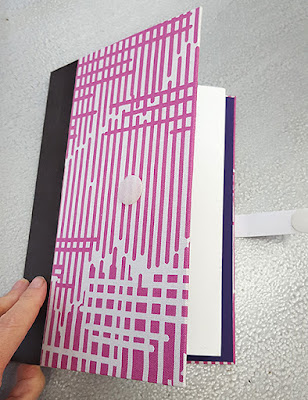 I got excited too, because they said they were going to repeat the project with some new participants and I could join in.

The idea is that each person buys or makes a sketchbook, chooses a theme for it and does a sketch at the beginning of the book. They then post it off to the next person in the chain, for them to contribute, and so on. This time round, we are 9 artists, based in England, Canada, Germany, Brazil, USA, Luxembourg and Portugal. I will always post my books to Miriam in Germany and will always receive books from Emma in Canada, but the books will gradually fill with the work of all 9 artists. As the project progresses, the books I receive will be more and more complete, bursting with gorgeous work from the rest of the team.

I chose purple for the endpapers, as I thought that went well with the pink and the charcoal spine. I cut it from some thick paper I happened to have in a drawer: 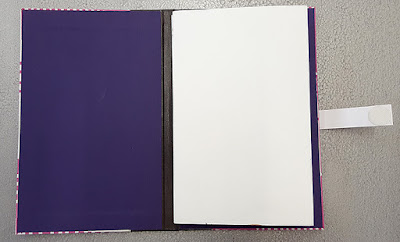 I got the funky pink and white fabric from a furnishing fabric sample pack, given to me recently, to use for my sewing experiments. I'm still doing the sewing by the way. I'll show you my new piece of work soon, promise. It's quite adventurous, so is taking a while. Plus I don't get as much time as I'd like to get on with it. 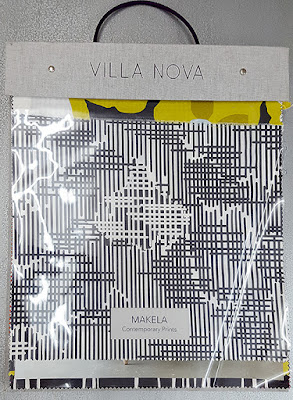 I have chosen my sketchbook's theme, but it is a secret: nobody is allowed to know in advance, to increase the anticipation and fun of receiving each book. I know at least one other person is making a concertina, other than that, it is all a mystery and everything will be a surprise!

Before posting my new book off to Germany tomorrow morning, I had to do a first sketch. I did one when I was on holiday last week, in Robin Hoods Bay, but I am not allowed to show you!

Your sketchbook looks gorgeous!! Did you choose a theme already? Looking forward to getting it! :)

Wow! I am so glad you joined us!! Can't wait to see your sketchbook!