Watch a Recording of My Broadcast

Well, I have discovered a new thing this week and it was really good fun.


On Thursday, I did a 50 minute, live broadcast from my studio, via Facebook Live. It was something that the folks behind Sketchbook Skool asked me to do, to promote my forthcoming course with them: Exploring. I wasn't sure how it would be and, I think you can see in the first minute or two of the film, that I felt really weird to start with, talking to myself, not knowing if anybody was out there... 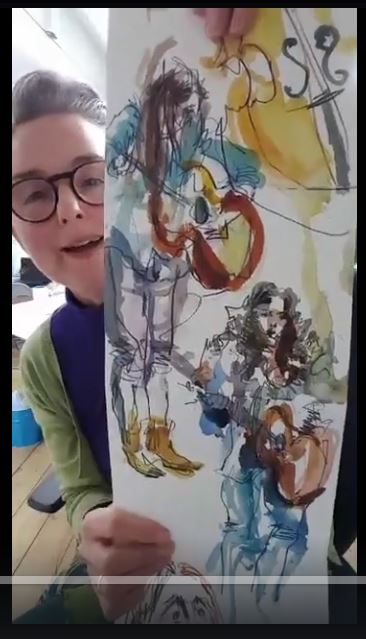 I soon got into my stride though and the time whizzed by. I only intended to do it for 30 minutes, but people were asking such good questions and new people joined half-way through, who missed the studio tour at the beginning, so it ended up expanding. I did two different tours round the studio and showed 5 different sketchbooks, mostly to help answer questions about techniques or art materials. I even showed some examples of hot-off-the-press textiles pieces I had been working on the day before. 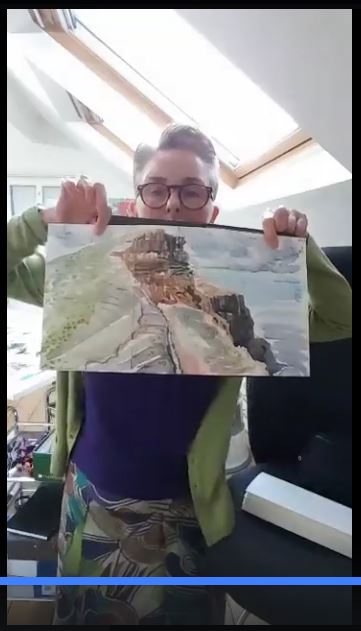 Luckily, if you missed it, you haven't really missed it, as it was automatically recorded, so you can still watch the filmed version, either above or on my Facebook page. When it was over, I discovered that a few people had been sketching me while I was talking, as they posted their pictures to the Sketchbook Skool Facebook page! This one was drawn by Danny Gregory, one of the founders of Sketchbook Skool: 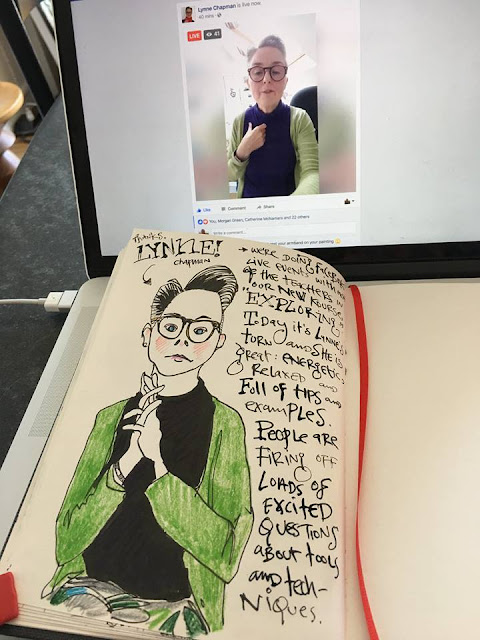 If you want to sign up for my Sketchbook Skool course, 'Exploring', where you can watch no less than 14 videos of me talking about loads of different aspects of my work and giving you lots of advice and ideas about things you can try, as well as doing a demo painting from start to finish, sitting on the street in my hometown of Sheffield, it all kicks off on April 17th. It lasts 5 weeks and I am one of 5 different instructors. There's more detail here.