I think (think...) I have now done the last of the scanning for the urban sketching people book (hurrah!). We lost one drawing completely though. This boy was going into a new section I added last month, on things to look out for when drawing people of different ages. 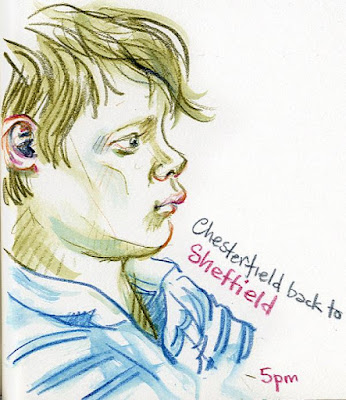 Because he was a last-minute addition, he didn't get sorted out with a reference number when we tagged everything, to remind me which sketchbook he was in. John and I scoured the pile several times (now nearly 100 books). We had a clue - we could tell from when I originally uploaded the sketch to my website sketch-space that it was done in 2012, which narrowed the field at least. We couldn't find it anywhere though. Total mystery. 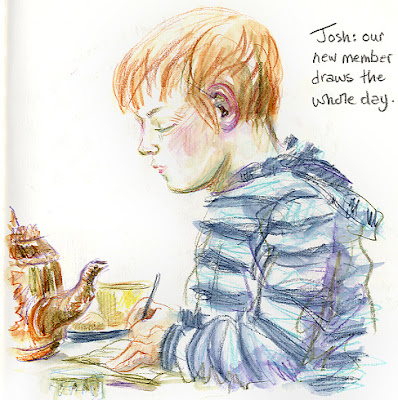 In the end we gave up and I substituted this one instead, which is a nice sketch, but not as clear for demonstrating the teaching-point: how children's lower lips are often set back, so the upper lip protrudes slightly. Hey-ho.

I don't have many drawings of children, because they are generally such a pain to sketch. Babies are even scarcer in my sketchbooks. Luckily I did find this page, done on a plane: 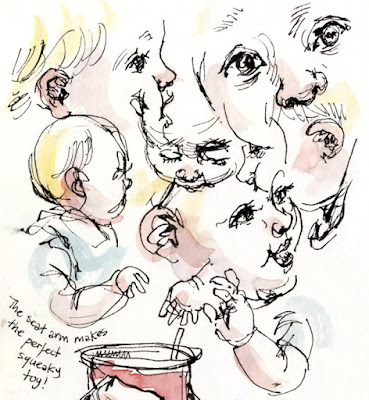 The montage system is definitely the easiest way to deal with the constant motion of babies and it was great for the book, as all the different angles gave me loads of observations to talk about.

Things might be a bit thin on the ground for younger ones, but I have plenty of examples at the other end of the scale - I just love drawing older faces. So much character. As we age we get more and more individual. 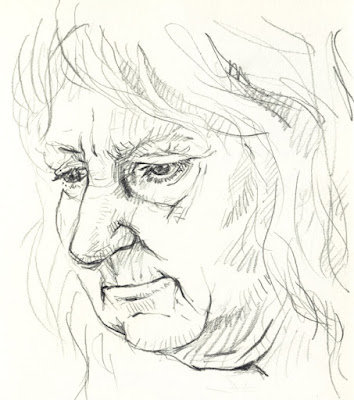 Fortunately, there are some constants to watch for when you're drawing older people, like the tiny, vertical creases we women get above our top lip, the deepening shadow between eye and nose, the loose neck... oh goodness, I've got to stop - it's all too depressing!!

Haha, never again will I say "I am getting old"... But instead I will say "I am becoming more individual"...so much nicer! Can't wait to get a copy of this book in my hands..I have enjoyed following its journey.