Yesterday afternoon, John and I cut up the very last section of the huge roll of paper for my concertina-format sketchbooks. It's been quite a marathon task, but I now have sketchbook paper coming out of my ears. It has mostly landed on my already full desk, where it is perched on top of all the tagged and numbered sketchbooks, which are still waiting to be scanned for my Urban Sketching book. 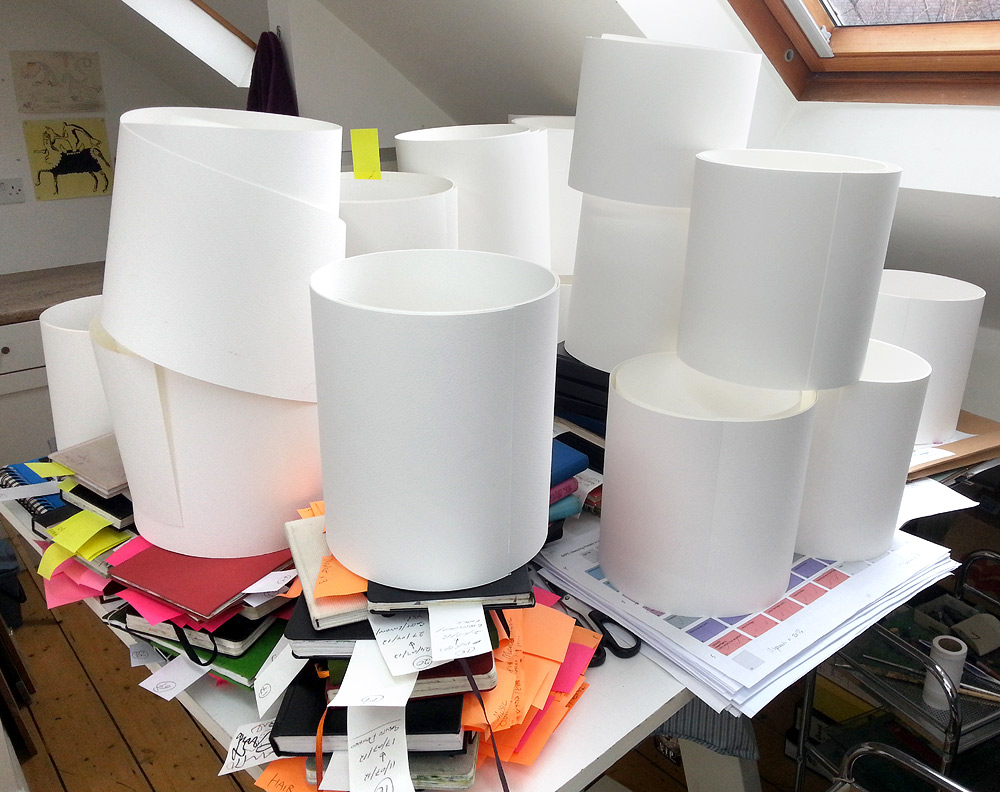 So, now I have to gird my lions for all the folding. The ones I folded on Wednesday have been sitting under piles of heavy books ever since. They do seem a little tamer for it: 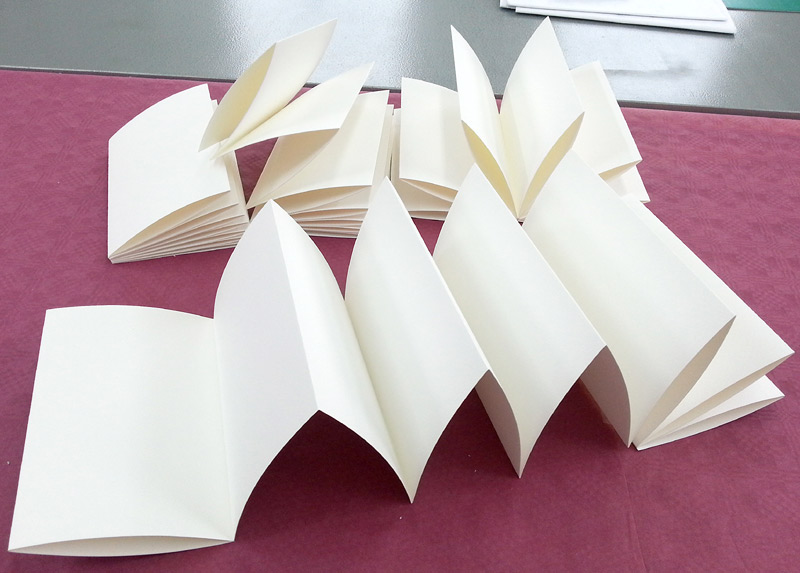 I have made a start on the detachable covers too. There are two to make, as there are two different sizes of paper. This was because the size I wanted to create didn't fit exactly into the width of the roll. Which meant that I got 30 sketchbooks at the 21.5 x 14 size, then another 5 from the 'excess' edge of the roll which were squarer, at 17.5 x 14.

I made a test one first, to fit a Moleskin-size, just to get the technique right. It worked really well. I bought some proper book-cloth specifically for this project, which was a great idea, as it cuts and sticks down very much easier than regular cloth. I also chose a snazzy print for the endpapers. This time, because I had a budget, I bought the proper stuff, rather than using gift-wrap, like I did for the Japanese bound ones: 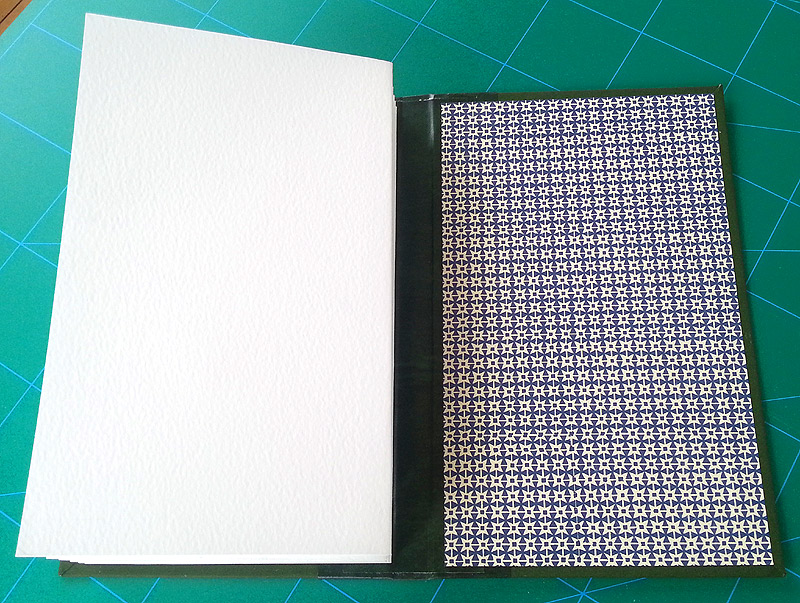 Because the 300gsm paper folds up into quite a thick book, I had to create a reasonable sized spine for my covers, which I have done with a book vinyl. This is the inside of one of the covers so far: 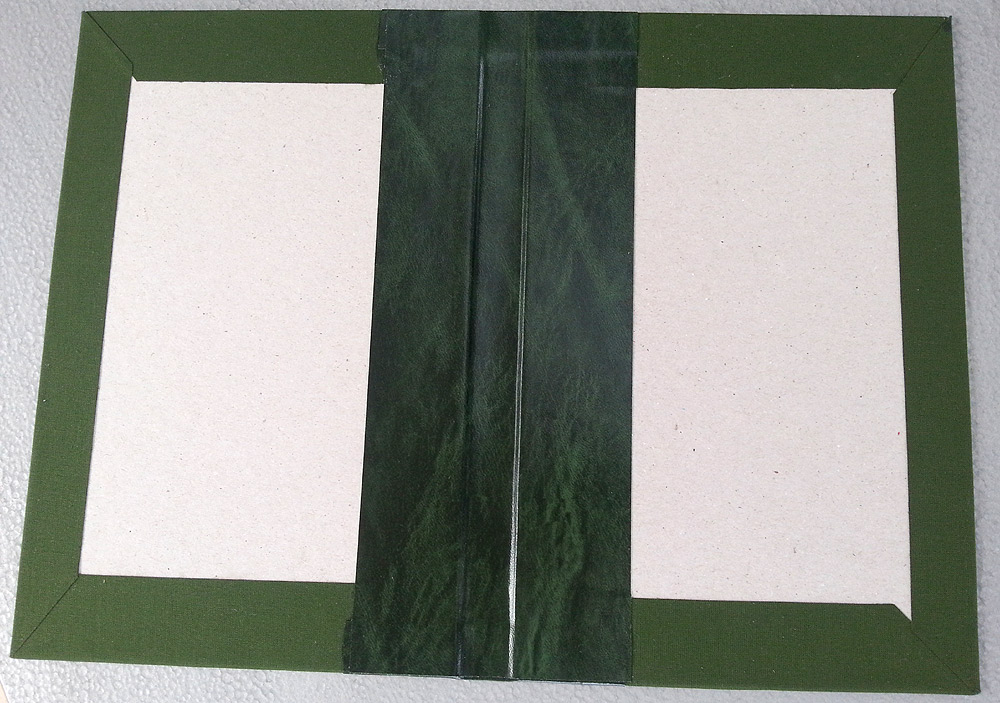 In case people want to try making some for themselves, I have taking photos at the various stages to show you, but that's for next time.