Talking to the Henry Moore Foundation

While I was away during the first half of this week, working with under-graduates at Bishop's Grosseteste Uni in Lincoln, John was helping out back home, scanning all the children's work again, this time at high res. It is extremely boring to have to scan everything twice, but I didn't know until now which images were going to be used and at what size; the original drawings have been re-sized a lot, to make them fit together within the design. 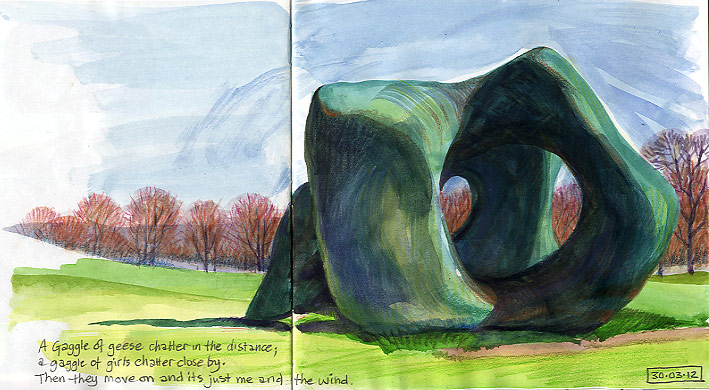 I also decided to try and fit a Henry Moore sculpture into the design, because of his Castleford history. It makes for a good discussion point for school groups coming into the library. As I mentioned previously, using someone else's photo would raise copyright issues. I have various sketches of Moore's sculptures, but the one above, from a visit to the Yorkshire Sculpture Park is the only one in full colour. We still had to run it by the Henry Moore Foundation though, to get their blessing. Luckily, they love it and so have now been added to the invite list for the Grand Opening. 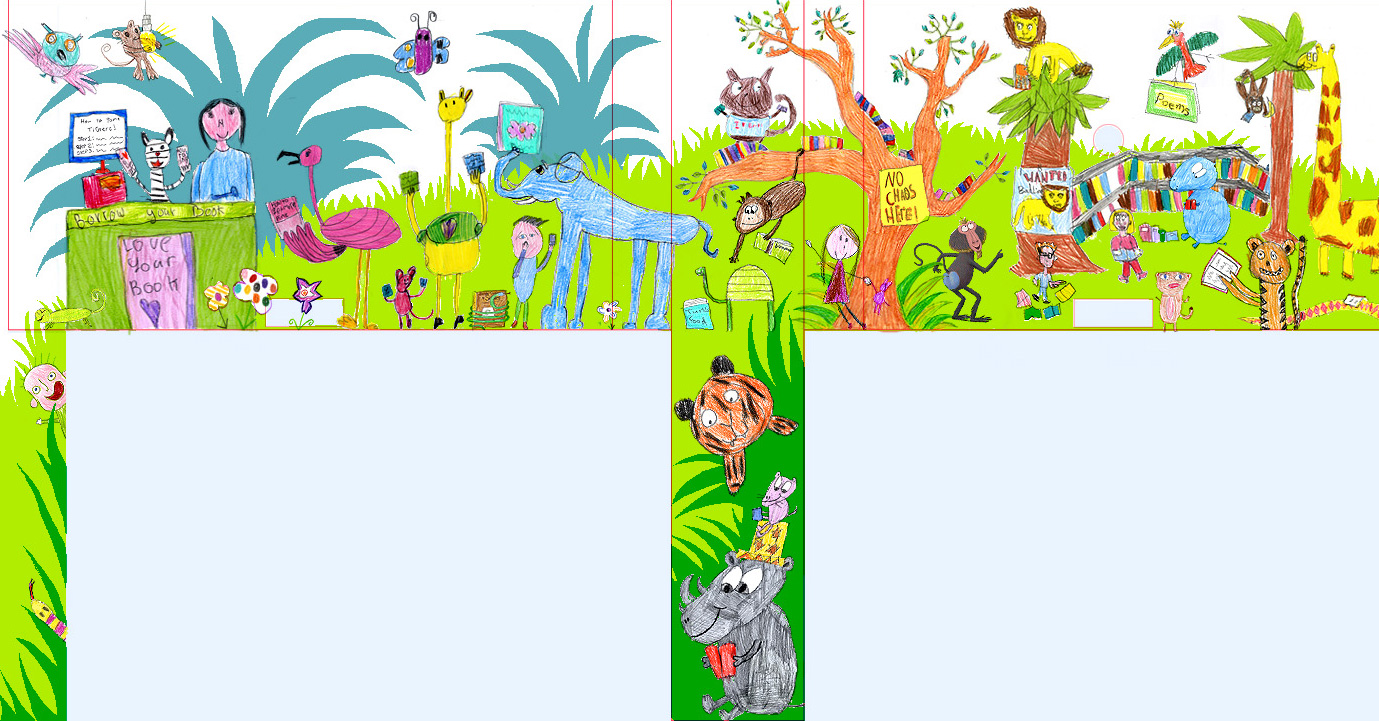 It was no mean feat trying to find a spot for Henry, but in the end I moved a bush-baby out of one of the trees (above), to create a space on a column between two bookshelves. I also popped a tiny owl (I think that's what it is) on top, which really helped to make the sculpture 'belong': 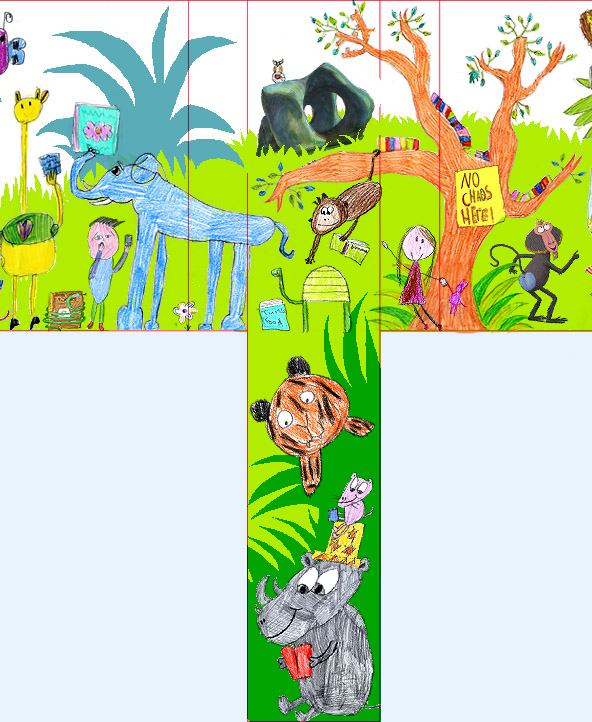 It's a bit surreal, but well, it's not as if the rest isn't! I did like the bush-baby though, so I rejigged things in another section, to make room for him in a new location. It's a nightmare though, because each thing you move has a knock-on effect. Spot the differences:

My next job is trying to find a way to work with the high res scans in Photoshop. I am working at 25% of the real size and divided the design into 6 sections, but the base layer of each section was still coming up at 470MB - still too big to be practical. So I am also having to work on just the upper part first, adding the below-bookshelf-height elements at the end.

It's still going to be a bit of an ordeal for the computer and I will have to 'flatten' the artwork as I introduce each new element, as floating layers make a file enormous and my poor computer is likely to throw in the towel if I am not extremely careful. 'Saving' really often seems like I good idea!

I'm learning so much from you! The mural looks like it's really coming along.

Remember that in the olden days when RAM was scarce, we would do a "Save As..." and number sequentially, perhaps every hour or every day, to protect from potential file corruptions. If you don't have enough room on your computer move the older versions to an external drive. And we would have multiple "Scratch Disks" set up in Preferences/Performance in Photoshop. You can also limit your History States to just a couple of undo's - you probably are saving often enough (every minute) to close and reopen your Photoshop file if you need to go back more.

Thanks Carol - all good points. I hadn't thought to 'Save As' in case of corruption. I'll add that to my regime and save a copy to the external hard drive where all the individual scans are too.

wow I'm just passing by, I really like your illustrations!! :D

Thank you. Hope you stop by again :-)

Creative painting. I love your creation. Thanks