Sneaking a Day Off in the Sunshine

It's been so glorious lately. It's been very hard to work at the computer, with the blinds down, knowing all that sunshine is out there, beckoning... It's okay for all you folks in sunny lands, but we Brits never know if this might be the last bit of nice weather!

So anyway, that's my justification for taking the day off yesterday. We wanted somewhere where we could chill outside all day, but where there would be plenty of shade, as it really is hot at the moment - it's getting me in the mood for Brazil!

We drove to Rufford Abbey, about an hour away, but worth the travel. The abbey itself is mostly a ruin, but there is one bit intact. 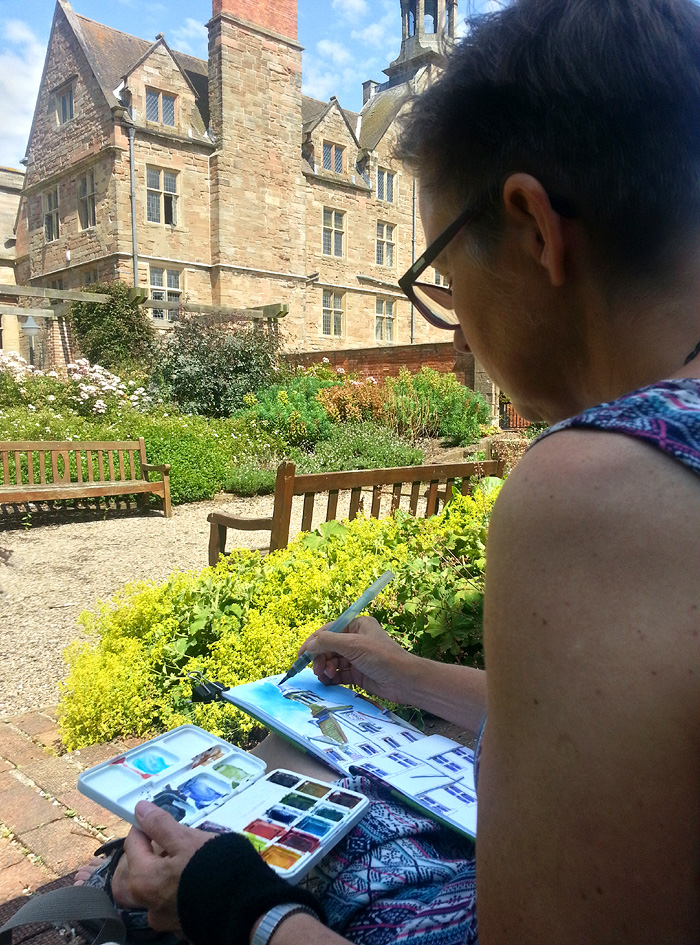 I sat on some steps in the rose garden and did a drawing. I was using one of the sketchbooks I made, ages ago. Lovely watercolour paper (shame about the dodgy perspective):

They had some birds of prey. People were paying to fly hawks and owls. I wanted to sketch the biggest owl really, but couldn't get near enough. This Harris Hawk was easier, but as soon as I began, he turned his back on me! 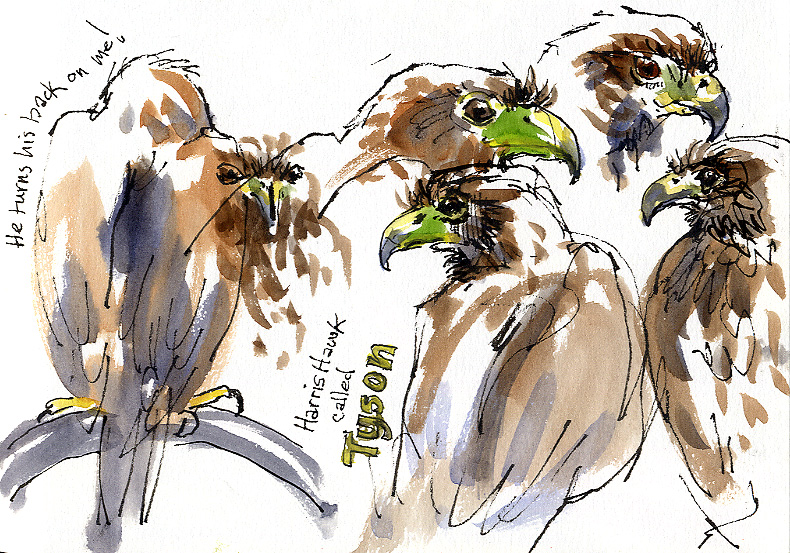 We strolled around the park, exploring the lake, then sat in the dappled shade under a tree for a while. Did I miss my computer? What do you think? 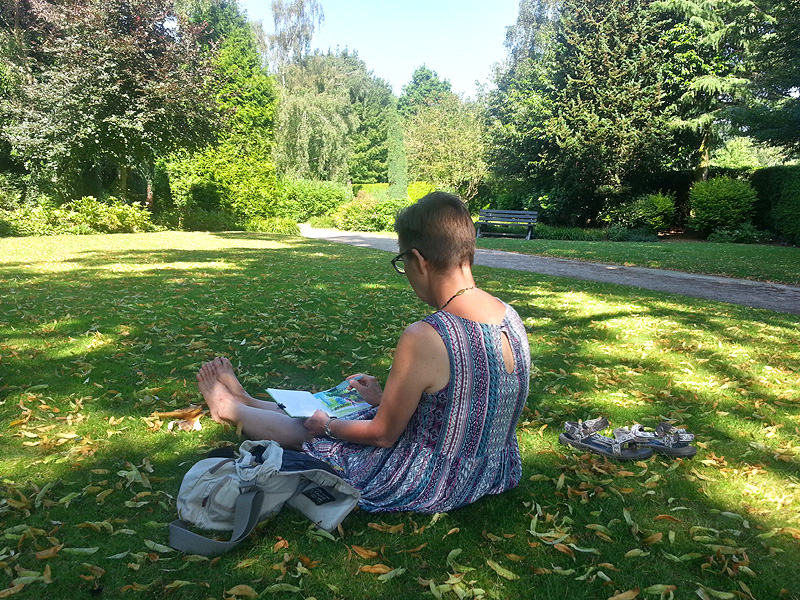 This is one of those sketches I got annoyed with: undergrowth is always tricky and easily overworked. I rescued it with watercolour pencil, but didn't really capture the heat: 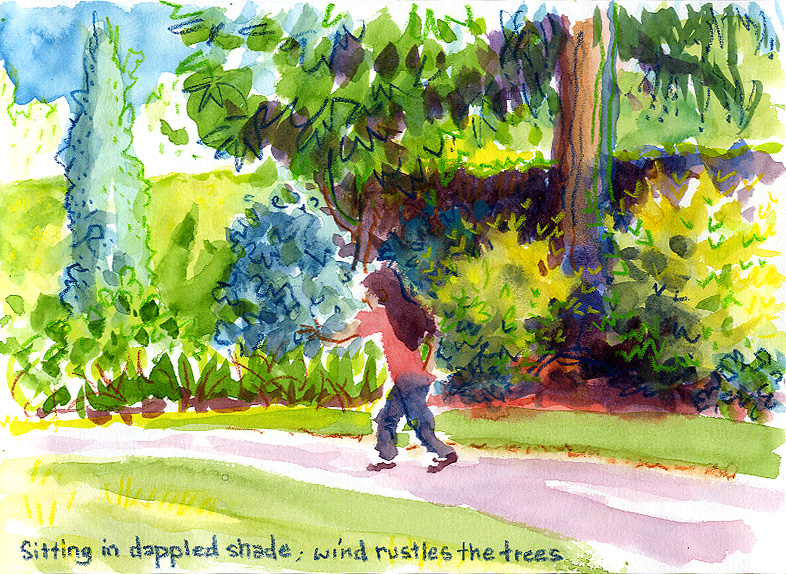 There were lots of waterfowl at one part of the lake. We sat on a step right by the water's edge where geese and swans were wandering about. One swan immediately got very interested and thought we were going to feed him. They really are HUGE when you are sat at ground level and they are right in your face! He tried pecking my book then my paints.

It was lovely to be up so close. They were all so used to people, they carried on, right at our feet.

They all started grooming themselves, so I got some interesting poses. Then the swan settled down for a sleep: very cute with his beak tucked into his wing:

We had to head for home then. I didn't want to go. I wanted to curl up in the sunshine with the swans. A lovely day. Back to work now though.