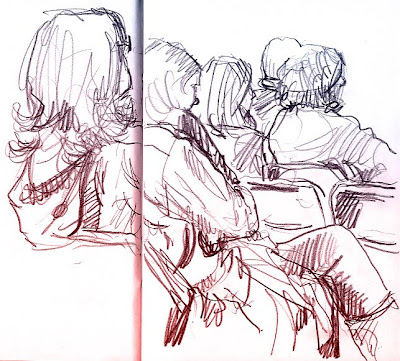 This was the theme of an illustration conference I attended on Thursday and, to be honest, it took me a while to work out what was meant by it. 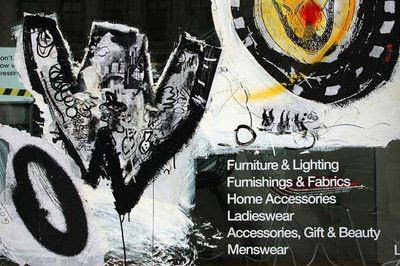 Perhaps a more straight-forward term might be 'artistic integrity', because the conference revolved around the extent to which illustrators, whose work is by definition commissioned and art-directed by a client, can maintain their own 'voice' within the work they produce and to what extent we need to sustain private, non-commissioned work, to keep sight of who we are as creatives. 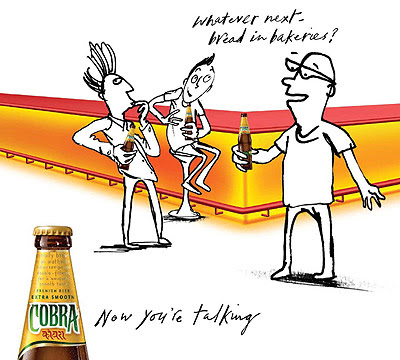 There were two illustrators speaking: Simon Spilsbury, whose work you will remember from the recent Cobra ads, and Andrew Foster, who caused some controversy with his commission to paint the windows at Liberty (top image). 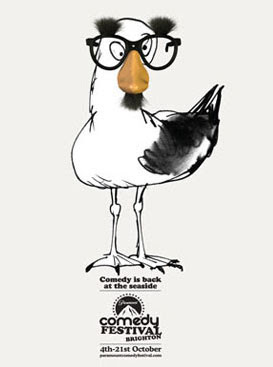 It was particularly interesting to watch Simon drawing on the spot for us, explaining how his ideas evolve, starting with quick, simple sketches, which then spark visual associations, and suggest ways to link two different concepts together in a single image, as with this Comedy Festival poster. 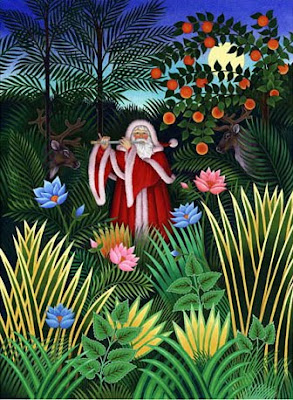 A third speaker was Ben Cox from the CIA - no, not that CIA, but the Central Illustration Agency, who represent a vast and diverse range of illustrators, from Carol Lawson (above) to David Hughes (one my personal favourites): 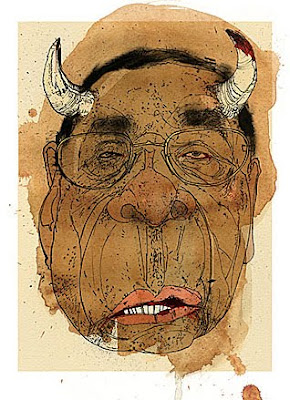 It was lovely to be allowed to sit all day and be bombarded by a continuous stream of exciting illustrative images, and the debate afterwards was thought-provoking and hopefully inspiring to the many illustration students in the audience. 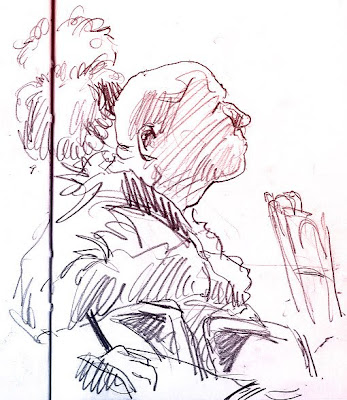 The conference was the first one arranged by Frazer Hudson, editorial illustrator and lecturer at Hallam University, but plans are already underway for next year's, so it looks set to become a regular feature on the calendar.

Great post and sketches Lynne. Funny, I was just talking with my students about graphic designers who have been doing that same thing. generating work to make statements about political or social issues that feel strongly about and paying for the publishing of same. There was an interesting exhibit a few years back at SVA, I think it was called The Design of Dissent (?) with many examples of just that kind of work.

SVA - Society of Visual Artists by any chance??

A fascinating question isn't it??? I do worry about this a lot. Funnily enough I worked with david Hughes at Cambridge art school. He's a great guy, so funny. He said he thought I'd never fulfilled my potential - so I must go and think about all that!!!

It is an interesting one and I'm not sure myself if, after so many years of fitting my work seemlessly to the brief, I quite know what 'I' am about. I suppose that's why I get so much out of my sketchbbok drawing these days.

Thanks for the very good report. Love your new photo!

Wish I could have gone to that conference. I love the mixe of graphic and fine art. I live in the USA and find there is a bigger separation between the two. Thank you for a very interesting post.

Glad you enjoyed it Jean-Francois. I know what you mean about the bigger separation in the US: I get the impression that a lot of your illustration and graphics work is generally a lot more commercial then here, which would have that effect I guess.