Exhibition of my Australia Sketchbooks

Although I finished my Australian residency back in May this year, we didn't have a proper exhibition of the work at the time, just in informal event with wine and nibbles, in the research centre itself: 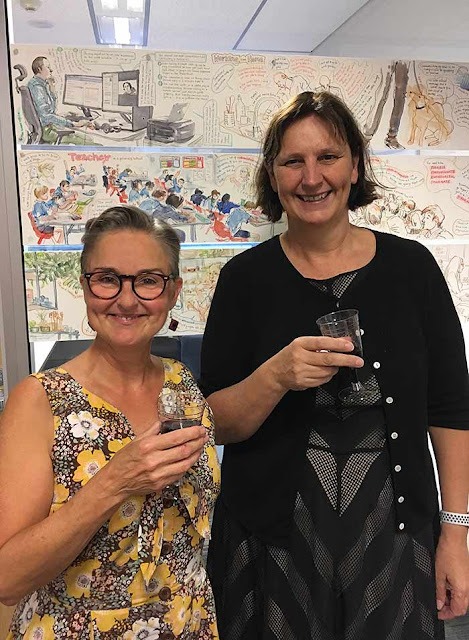 Six months later, the sketchbooks have at last all been exhibited in Perth in what looks to be a far posher venue! This delay was because something rather dramatic happened during my residency... 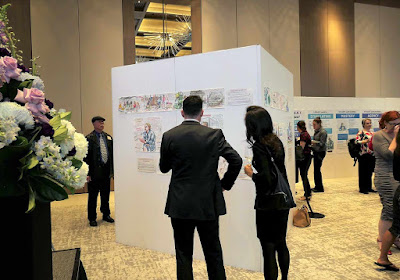 When I was commissioned to do the work, the Centre for Transformative Work Design was part of the University of Western Australia but, by the time I arrived in Perth to begin my work, Professor Parker had already decided that she wanted to move her research centre from UWA to Curtin University, the rival Perth university. The whole time I was working there, secret negotiations were going on behind the scenes. It was all a bit cloak and dagger!

The deal came to fruition around the time I came back to England. UWA were not best pleased to lose the centre and so we put things on ice until the researchers had settled in at Curtin. 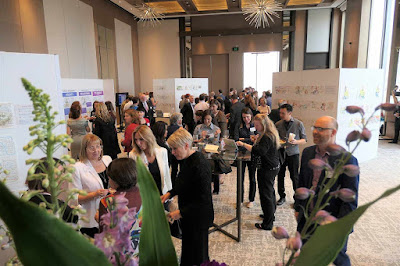 I got an email last week, showing me some fabulous photos from what seemed to be a very successful event. Prof Parker did a talk about the residency, using my very first batch of sketches, from the tip attendant in Peaceful Bay's rubbish dump, as an illustration of how useful the visual record is to her research. 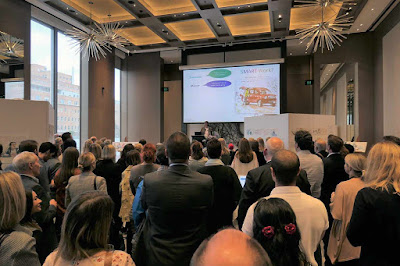 They had all the project's research-sketching competition entries on-screen too, as well as photos from 'behind the scenes' - me in action in various places, I assume, like these photos of me sketching at a massive opencast mine site, in Wyalla: 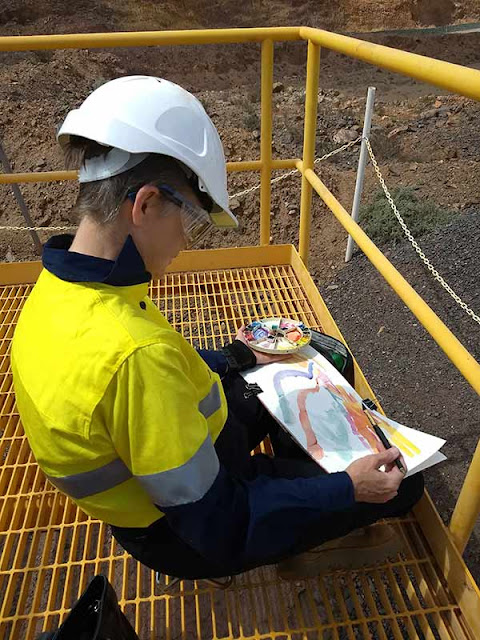 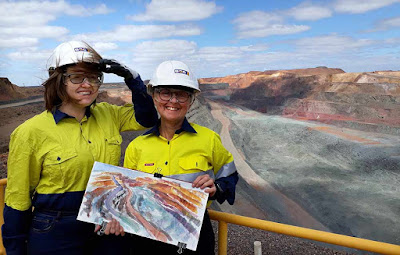 For the exhibition, they had some of my work printed onto canvas and they displayed those pieces on easels, which was an interesting way to create visual contrast in the space: 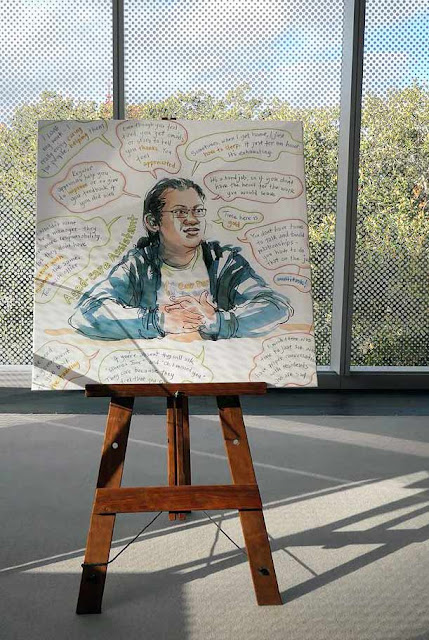 It's such a shame that I couldn't be there in person, but so lovely to see the photos and hear about how the event. You can see more photos here. 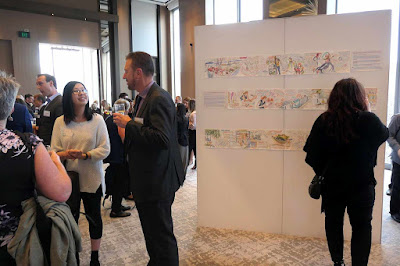