I had an exciting email last week, from the Education Director of the London Philharmonic Orchestra, telling me that they would like to perform Paul Rissman's adaptation of Giddy Goat. It would be part of their 2017 school's programme at the Royal Festival Hall and she was asking for my permission to project the illustrations on stage. How brilliant is that? I've always had an special spot in my heart for wee Giddy and I know from the messages I get from parents and librarians that Jamie Rix's story about conquering fear and finding friendship remains a favourite with lots of other people too. 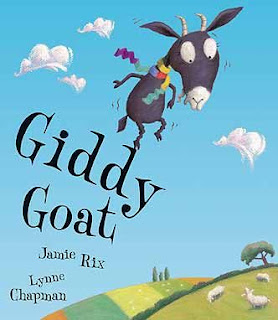 As far as I know at this stage, the event next year will be more or less the same as the fabulous performance nearly three years ago by the London Symphony Orchestra.  Some people may remember me telling you about that event, when John and I got sent tickets to go and watch it at the Barbican? 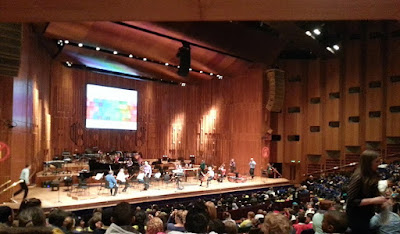 It is a lovely way to read and share the book. Not only has Paul Rissman written a truly beautiful score to underpin Jamie Rix's heart-warming story, but there are now also lots of songs to go with the story, which the children learn in advance, at school. Then, at the production, the story is paused here and there for a mass singalong. They even learn lots of actions to go with the songs. I remember well the entire Barbican audience singing and waving their arms about as Giddy runs away from home in the night, strapping himself to a tea-tray and sledging down the mountain. Quite magical. 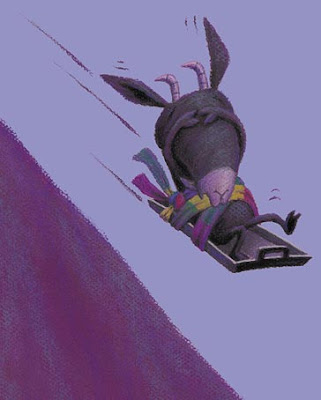 The performances will be on February 6th next year, for Key Stage 1 children. I wonder which schools will be taking part? Thank goodness this time the book is actually in print. Orchard did a reprint especially for the last performance, but it was late and missed the actual production!

What a year you have had !! This news is amazing. Congratulations. If I was in the UK I would go!

Thanks so much Alissa!