Okay, I promised to tell you about the day of filming we did in the studio last week. Sketchbook Skool is online art classes, somewhat like Craftsy, but with a very different feel: more about inspiration and ideas than step-by-step teaching. 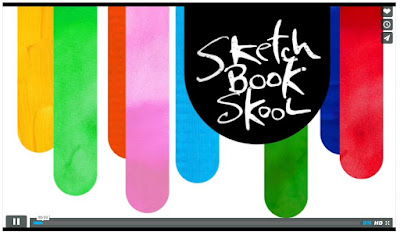 Koosje from Sketchbook Skool contacted me ages ago about the project, but I was in the middle of my crazy time, working on the residency and Class One Farmyard Fun, and so we had to put things on hold until now. 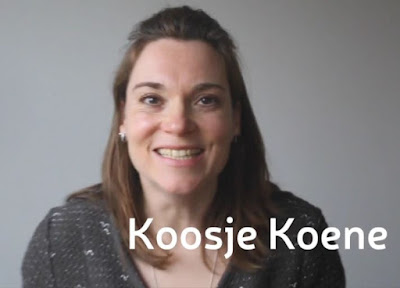 Koosje is lovely. She flew over from Amsterdam to direct the film, but she employed a film crew from Manchester to do the rest. Sam, Judith and Joe were brilliant to work with, so everything went really smoothly. It was incredibly hard work, but great fun. They all arrived at 8.30 in the morning and we didn't finish until 7pm. Just to prove it, this was our filming schedule: 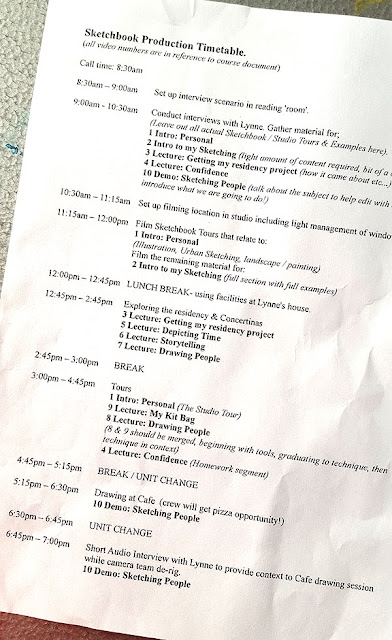 Apart from a 45 minute lunch, we actually didn't take any other breaks all day, as we inevitable got behind schedule. One other thing which made it even more tiring, was that it was a really hot day, but we couldn't have any windows open, because of noise. What with the lights and all 5 of us in the room all the time, it got hotter and hotter. Every time we cut for a minute or two, I zapped a fan on, which was heavenly, but made the heat even worse afterwards!

My job was to deliver a series of talks on different aspects of my work. I did one all about confidence and creative anxieties, another about the various kinds of drawing, painting and illustration I do, I talked about using sketchbooks to record passing time, about people sketching, about the sketching materials I use... plus loads more. Now you can see why we needed all day! 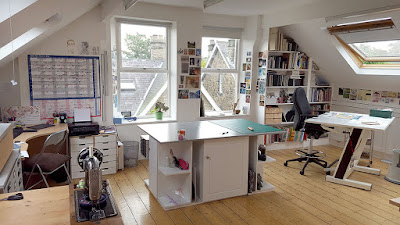 We did a 'sketchbook-tour': filming one of my sketchbooks, as I slowly turn the pages. We also did a tour of my studio. This inspired me to tidy up! And I don't just mean put a few things away and go round with a damp cloth. I went bonkers. I realised that I had so much stuff cluttering the room which was years and years old and just needed throwing out. I spent an entire day at it the week before they came and I felt amazing afterwards - so purged! It has made the studio a much more efficient space again, more like it was when we first set it up. 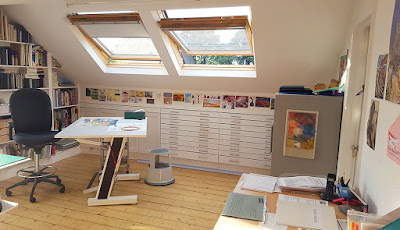 We finished the day with an on-location sketching demo. Because we were so lucky with the weather, it was still really warm for me to sit on the street, even at 6pm. I painted a pizza man who parks up every Wednesday outside my favourite café. I don't particularly enjoy being filmed why I work as it piles on the pressure, but it came out fairly ok. That's John watching me on the far left hand side by the way. 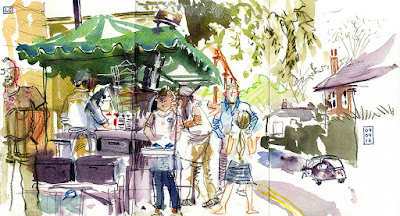 The edited films will be available sometime between December and Spring: Koosje is not sure yet, as I will be packaged together with other artists. I'll keep you posted.

What a bright cheerful studio... I look forward to seeing your class in Sketchbook Skool :-)

Thank you! It looks much more bright and airy now all the clutter has gone from the windowsills and floor...

See you soon in Sketchbook Skool :-)