On Tuesday, the new mural was kicked off to a flying start, when I met the two Y4 classes, from St Joseph's Primary and Smawthorne Henry Moore schools in Castleford, who have been chosen to help me to create the artwork. We worked in Castleford Museum, just upstairs from where the mural will be housed. I had each group for less than two hours, so we had a lot to achieve in a short time 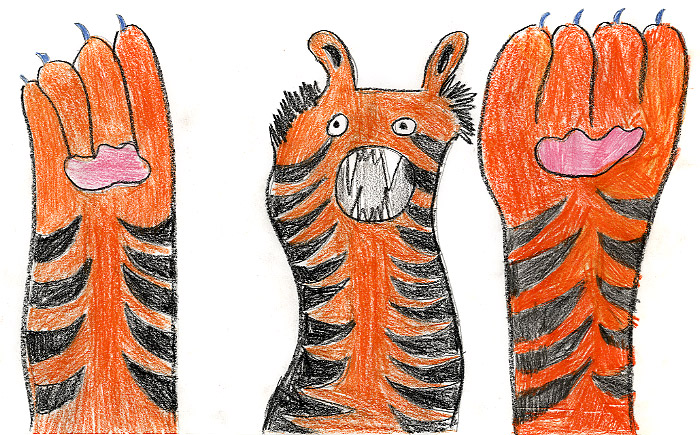 You may recall, I decided on a tiger theme, because of the local rugby team and it was a small step from that to having tigers rampaging among the librarians and children in a 'jungle library'. So, I asked the morning group to focus on tigers. I demonstrated various quick techniques to help the children structure their animals and give them movement, then they were off!

They were so into it and all drew like demons for the entire time. I just love the one at the top by Riley Farrar from St Joseph's! Those that finished their tigers early, had a go at librarians. I showed them how to use body language and eyebrows to get across emotion. Not everyone finished colouring, so I will be getting out my Derwents soon! 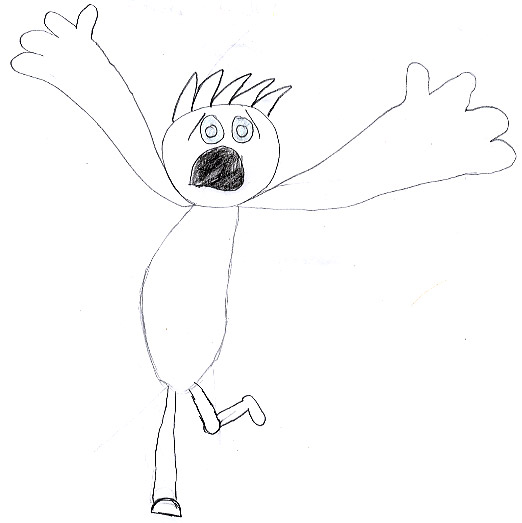 For the afternoon session, I changed things slightly and asked children to be more general, drawing other jungle animals. We had some interesting discussions: 'Miss, can I draw a penguin?', 'I don't think you get penguins in the jungle, do you?', 'Well, how about a shark?'. Thank goodness for Jungle Grumble, to get some idea of the animals you might actually find in the jungle!

I also asked them to think about background details for the jungle library, whist being careful not to actual colour the background, as that will of course be done digitally by me, once the design is sorted out. 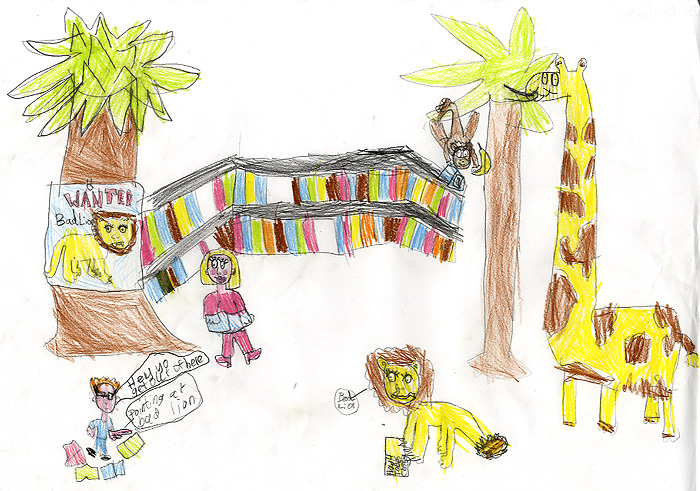 The afternoon group drew me some children and a few more librarians too. Bethany has definitely got to win the prize for best librarian illustration. Look carefully and you will see that she has also featured one of the library's 'talking books': 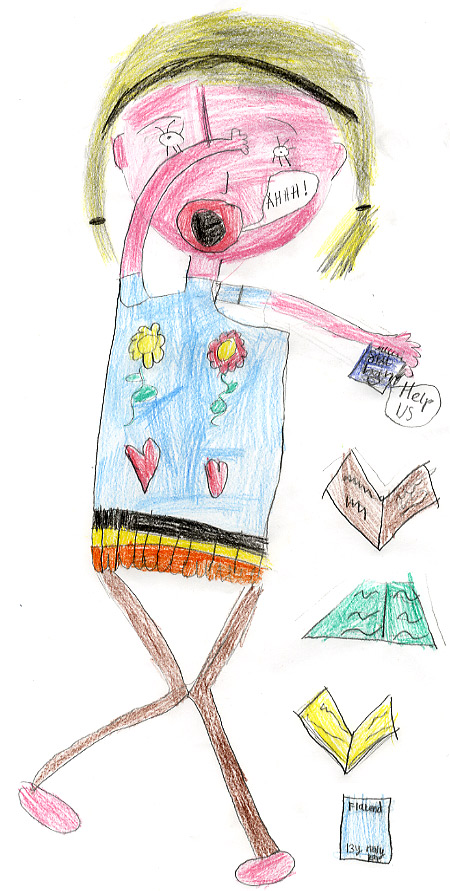 As well as having a well known rugby team, Castleford is an important archeological site (the museum is full of Roman artifacts, including the wheels of a chariot), so I have been asked to try and feature the Romans in the mural too. It's a hard match to the existing theme, but I wondered if a few Roman soldiers might come to life from the Ancient History bookshelves. They could help restore order and fight off the tigers perhaps. With this in mind, a few children drew Romans for me: 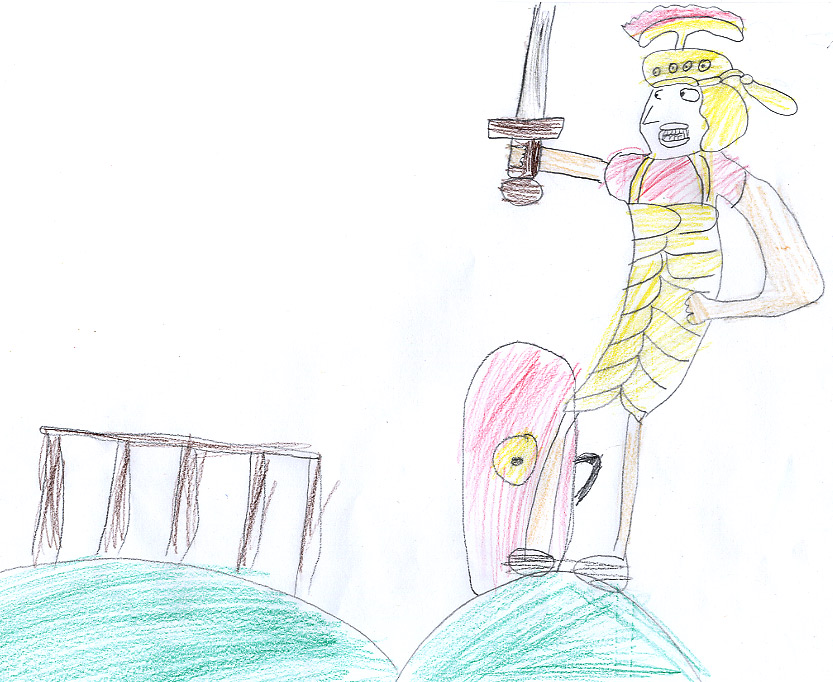 I did the return journey to Sheffield with a lovely, fat package of amazing illustrations. This week I have been scanning them into my computer, just as low-res images for now, so I can play around, dropping them into the templates I created, trying to combine as many of them as possible into what will ultimately be one big illustration, rampaging around the walls of Castleford Children's Library.

Places to Hangout in Gurgaon said...

Amazing blog and very interesting stuff you got here! I definitely learned a lot from reading through some of your earlier posts as well and decided to drop a comment on this one!

Thank you - I'm delighted you have found it so interesting :-)