I get lots of invitations to work with school children, but it's more unusual for me to go into universities. So I'm really pleased that, for several years running, I have been asked to do one-off, inspirational lectures at Sheffield Hallam University, to get the undergraduates fired up about drawing and illustration. 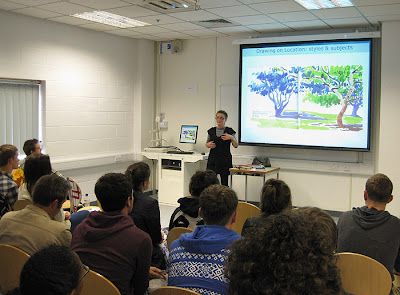 Last Monday afternoon, I talked to the 1st year Graphic Design and Illustration students about 'drawing as reportage' and shared my top tips for sketching out on location.

I discussed things to consider when selecting subject matter, various possible stylistic approaches and the benefits of experimentation. I looked at the advantages and disadvantages of various media and how to make your kit as compact as possible. I suggested techniques for drawing people without attracting attention and ways of gaining the confidence to embrace the attentions of passers-by. 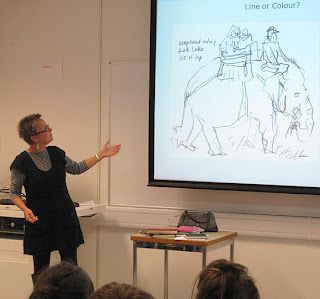 To fall in with this, the students were launched into a project where they have to chose any building in Sheffield and then document it in sketchbooks, not just architecturally, but also looking at the space the building occupies, both inside and out: the happenings, the people, the details of life it encomposes.

In previous years, we have used one of the big lecture theatres, but it can feel a little impersonal. So I was pleased when the uni told me that this time, as there were slightly less students, they wanted to split them into two groups, so we could deliver the lecture in their studio space instead. It was really nice to be able to look them in the eye as I was talking to them. Of course, it meant I had to give two identical 1.5hr lectures, end-to-end. Luckily it went rather smoother than last year! 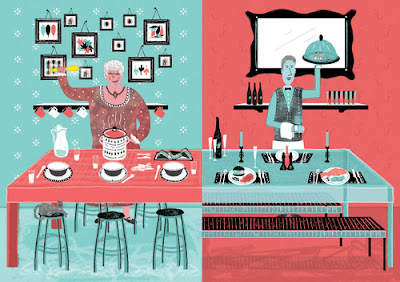 Before I strutted my stuff though, illustrator/printmaker Sean Gee, a recent graduate of the Hallam degree course, did a short introductory talk about his work: he is going to be helping the students create drypoint etchings for the project, as a culmination of their sketch work. It was lovely to meet him and look at his fabulous screenprints: he was in the audience as a student for one of my earlier lectures!

John came with me too this time (he took the photos) and filmed the whole event, so watch out for highlights on my YouTube channel...

By the way, if you are an illustration student, don't forget, there are now lots of useful resources on my website, not just the various videos of me talking about my sketchbooks and my illustration work, but also highlights from my hot tips blog posts, gathered together, as well as short, anecdotal analyses of aspects of specific book projects, in the Getting it Right section. 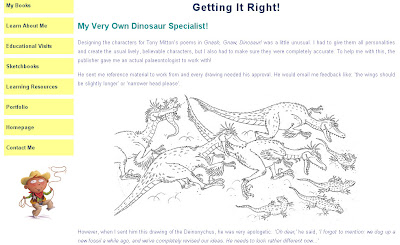 I'm in my first year of visual communications and when we went to the botanic gardens to sketch and take pictures. I was definitely inspired by your sketches :) Come to Ireland and give a talk to us! haha

This was great, Lynne.
Can't wait to see the movie!
(and after you go to Ireland, come to Australia!)

hi Ma'am,
I met you in Manchester, Salford university. And i really love your sketches. When are you coming back to Manchester

Hello Madd - we were back in Manchester only fairly recently: we did the War Museum. What a shame you missed us. Why not join the 'SketchCrawl North' Facebook group (https://www.facebook.com/groups/203434169726837/) to see what's coming up, or email me to go on the mailing list? We are in Wakefield this month and in Hull next month, if you want to join us.