Painting Musicians in the Secret House

I went to a great music event the other night. It was arranged by my friends at the music café but, instead of being held in the café, it took place at a 'secret location'... 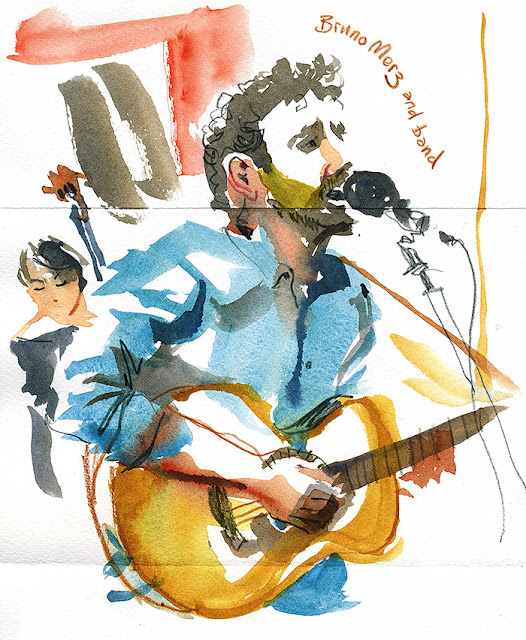 When we got there, it turned out to be an extraordinary place. A regular house from the outside, in a very normal street, but inside, it had been gutted and entirely reworked. It was owned by an architect, who had designed the striking, ultra-modern space. Stepping through the door was like stepping into a tardis, because the interior was entirely open-plan and on 3 levels, joined by a spiral staircase.

The music was at the bottom, in the basement, but the house was on a steep hill so that, at the back, the basement was at ground level. Because it was completely open-plan, it was the perfect place for a performance. I got a seat at the very front, because I had been invited to do some painting. Some people watched from upstairs, where you could look down on the music: 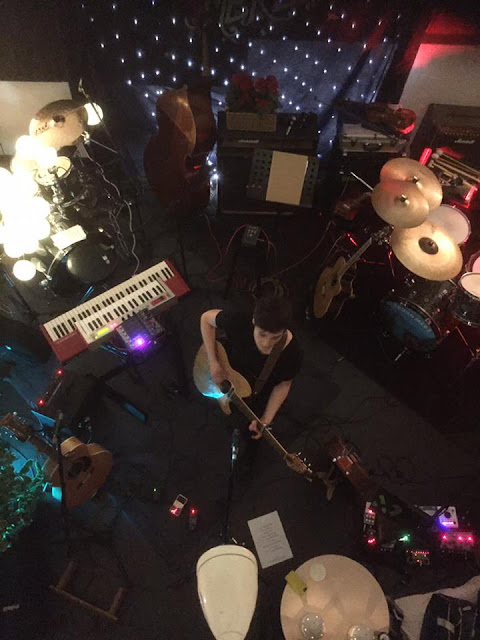 I took a concertina and, working from the top down, painted each musician as they appeared. There were 4 acts, all fantastic. There is so much musical talent in Sheffield and I feel very honoured to know some fabulous musicians. 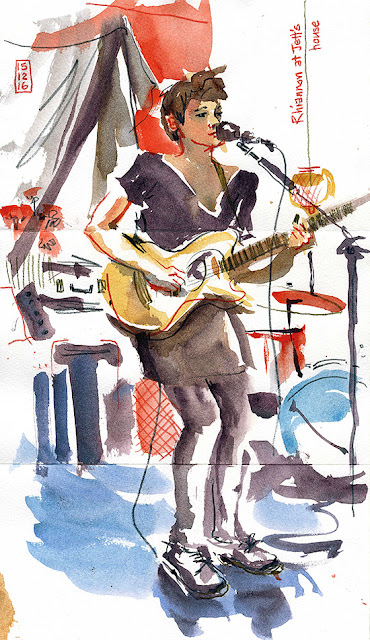 Rhiannon was first up. She sometimes works in the café, but she is also a great singer / songwriter. This time, she sung with her guitar, although I have seen her play other instruments too. 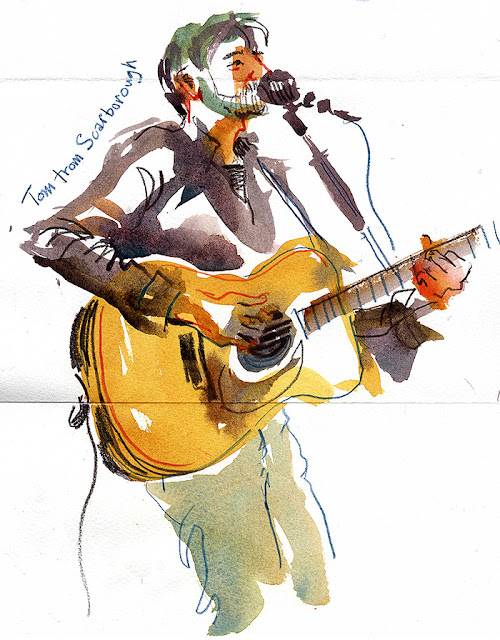 Tom came all the way from Scarborough to play for us. Again, not just a great musician, but also performing his own material. 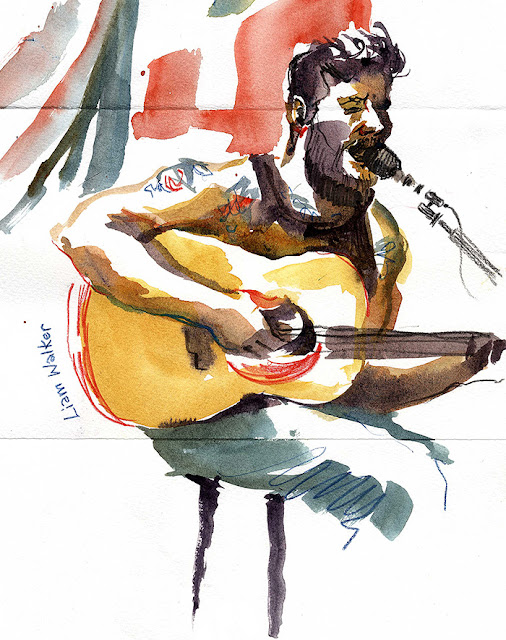 Then there was the wonderful Liam Walker, with the voice of an angel. I absolutely love his songs. I've listened to him a couple of times before and have a CD of his work, which I play all the time. It's the one they recorded at the café. I painted on that occasion too, and we used one of my paintings for the CD cover. 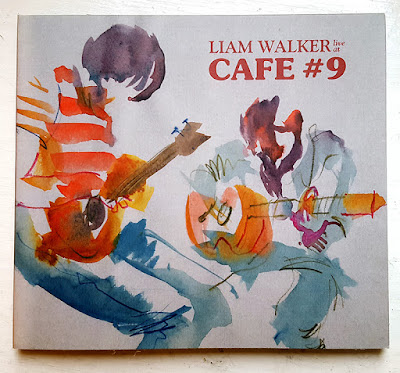 I really like the way the designer took a detail from the painting, to enlarge for the interior of the CD case: 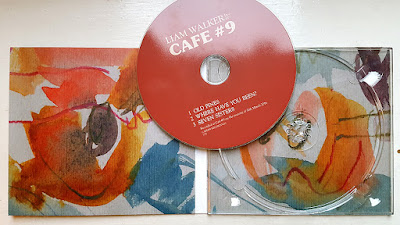 The final act at last week's gig was Bruno Merz: the painting at the top of the post. I've seen him before at the café too. Great stuff. There were quite a few people on 'stage' and some of them were eclipsed, so I didn't quite get them all unfortunately. Here are a couple more of the band which I did manage to capture: 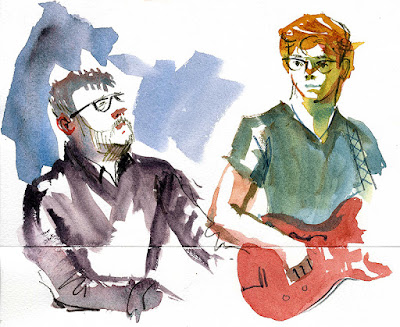 It was a very special evening and a lovely way to celebrate how wonderful music can be for bringing people together. One of my friends took this rather nice photo of me in action, while Bruno and his band were playing: 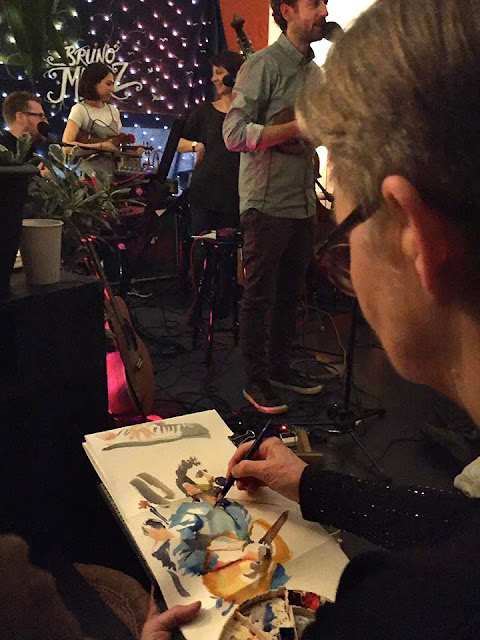 Here's what my concertina looked like when I was done:

So nice, Lynne. Thank you for taking us along.