This year's Urban Sketchers' Symposium is going to be in Brazil, in the old coastal city of Paraty. The annual symposium is generally the most exciting event of my year, but I was a bit worried that I would miss out this time round, as Brazil is such a very long way from Sheffield.

Each year the symposium is held in a different country, usually a different continent. My first time, in 2011, it was in Lisbon.  I had the most amazing few days. I met so many other sketchers: people whose work I admired from the main Urban Sketchers blog site and people I was finding out about for the first time. Though many of us didn't even share language, everyone shared the same passion for drawing, so we all got on like a house on fire and I made many new friends. 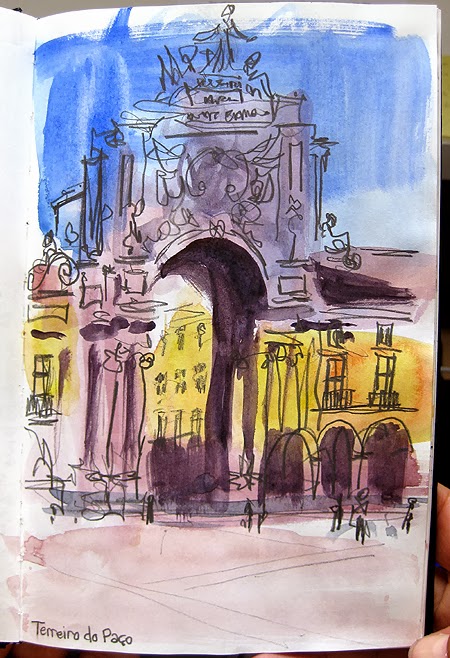 But 2012 was like this year - the symposium was half way round the world, in the Dominican Republic and I couldn't afford to go. Then a call went out, asking members to pitch ideas for the workshop slots. I didn't think I stood much of a chance but, having run children's workshops for so many years, I thought I could do it.

I tried to think about what I could share - what sort of sketching I was best at. 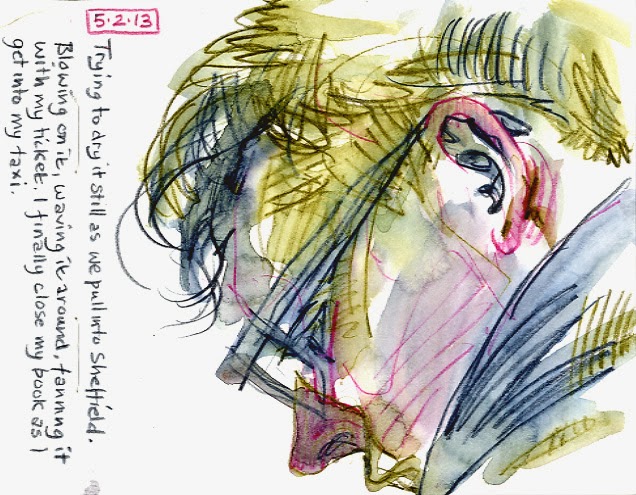 Because I do such a lot of sketching people on trains, I realised that I have learned how to get things down very fast, so I came up with the idea for Quick on the Draw. I was over the moon when I was accepted and had an even more amazing time in Santo Domingo. The following year I pitched another idea. This time I devised a workshop for helping people loosen up, called Sketches that Sing. I wasn't particularly optimistic that I'd be chosen, as the competition was fierce and I thought the organisers might well want to try new people. Imagine my delight when I was invited back!

That was last year and, of course, the Barcelona symposium was equally brilliant. I felt a real part of the Urban Sketchers team too. I looked it up today - I was invited to be a correspondent way back in December 2008 and I am truly honoured to be part of the organisation, but sometimes feel like I am a bit of a long way from the main action, so symposiums are great for that too. 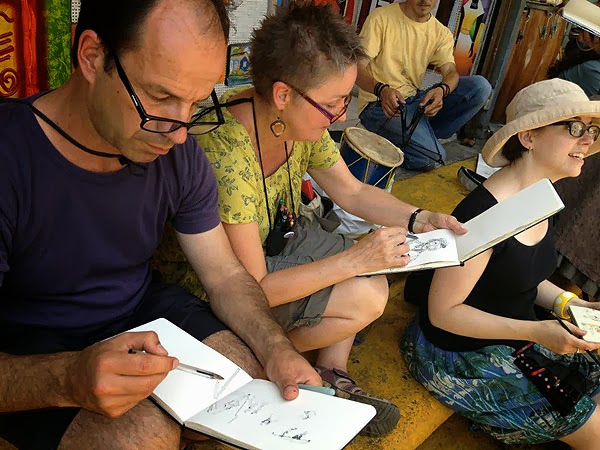 Anyway, I pitched another workshop idea when the call went out for this year, not believing for a second I would get to teach a third time. I knew if I was to stand a chance, I had to make it good - something that people really needed help with. I thought long and hard. Running my regular SketchCrawl North group helped a lot with ideas - I considered which aspects of sketching most of my group found challenging. 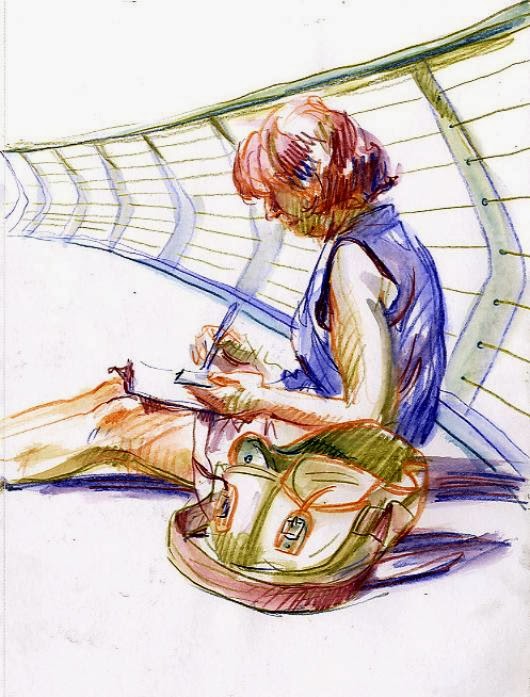 I have noticed that many people draw in pencil or black pen. Some of them have consciously chosen to work in black and white, but a great many sketchers, even some experienced ones, are timid about colour. They are often not sure where to start, or find their attempts end up too fussy, too muddy or either too gaudy or too washed out. So, my new idea for this year's symposium was to offer a series of suggestions for ways to play with colour, called Afraid of Colour? - techniques for those who are unsure how to make the transition from black & white. 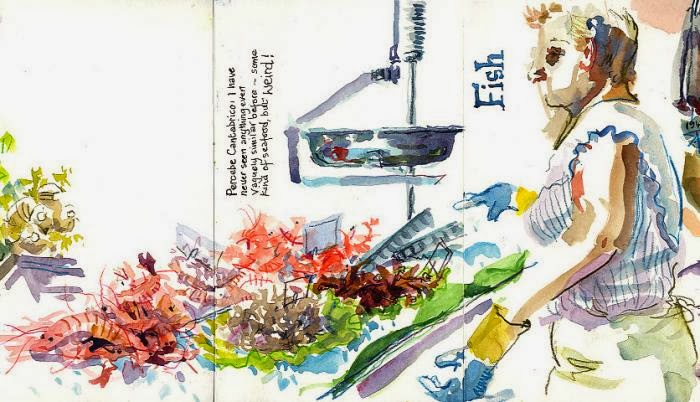 I just found out that my idea has been accepted and I am absolutely tickled pink. Not only does this mean that I'm going to Paraty after all (hurrah!), but it also suggests there must surely have been positive feedback from my previous workshops. All of which is wonderful news. I can't wait to meet up with my sketch-buddies from round the world and see what sounds like a lovely city. 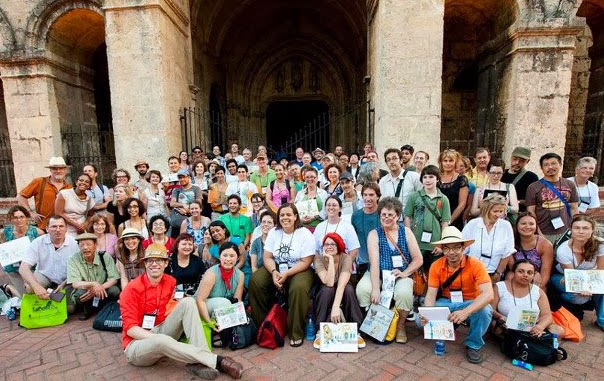 If you are a keen sketcher and want to join us in Paraty, mark August 27th - 30th in your diary. Registration will open towards the end of March. Because it has been getting so oversubscribed, there are some new plans for this year, with different levels of participation and parallel activities. Here is some more information. Maybe I'll see you there!

Your worshop idea sounds great! I loved the one you held in Barcelona and hope to be able to attend the Symposium in Paraty as well. Just need to find some people to travel with, specially because it would be a pity to go to Brazil for only a few days...
Hopefully see you there! :)

What a great experience:) Congatulations:)

I hope to see you there, but with family stuff I'm not sure :(

You'll love Paraty! It's a small, colonial town on one of the prettiest areas of the Brazilian coast. You must take time to explore the area around. I'd love to go, your workshop seems very interesting, but I'm not a sketcher - never seem to find the opportunity - and won't be in Brazil at that time. :0(

Congratulations!
I am sure you'll love Paraty!
I'll be there, looking forward to meet you and your beautiful work.
Welcome to Brazil!

so jealous Lynne, congrats you deserve it after the year you seen, watch out Paratay the drawing gazelle is coming through;-)