My sketchbuddy, Andrea Joseph, noticed a sign posted outside a local church hall. It was about the weekly rehearsals of a male voice choir. She thought it might be fun to draw them, so made contact to ask if a few sketchers could go along to a practice one night. The choir were bemused but curious, so four of us took our sketchbooks along to the Derbyshire village of Dove Holes. 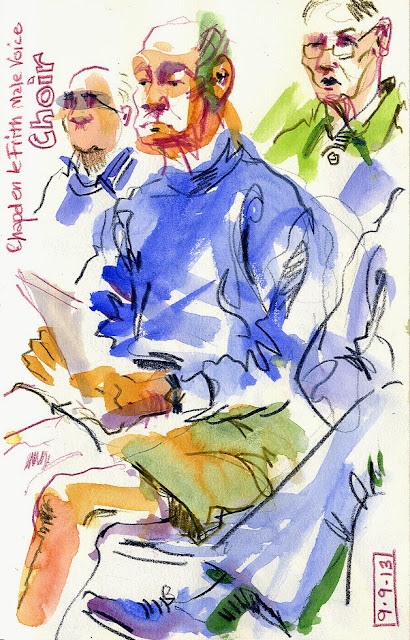 I didn't know what to expect and clearly they didn't either. They were very welcoming and chatty though. Then they got started and it was all very serious. 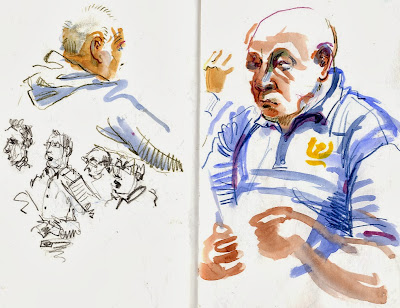 Their choir master was a real stickler and kept telling them off. There was a lot of stopping and starting, as they practised tricky bits of various pieces they were rehearsing for a performance coming up soon. Mostly we heard the music broken down into its various constituent parts, but every now and then they would put it all together. Each time this happened, the gloriously rich sound was so moving, I had to stop drawing and close my eyes. Wonderful. 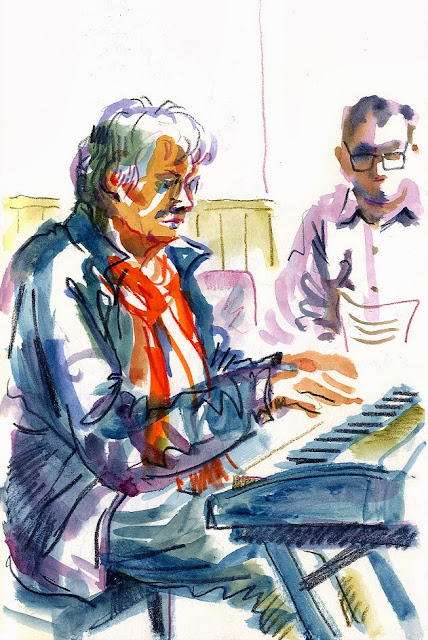 At the end of the evening there was a fund raising raffle for a bottle of red wine. The elderly man next to me won and promptly gave me the bottle to take home - what a sweetie. 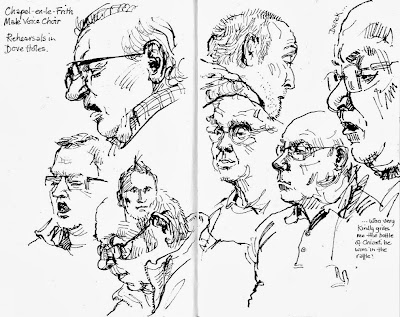 Before heading off, we let them see our scribblings. One of their number turned out to be a local painter, so we signed him up for SketchCrawl North on the spot.

What a lovely way to spend an evening sketching!

Love this idea - I can relate to it to a certain extent, as our rehearsals sometimes end up being like that when we don't get the notes exactly right first time! Love the sketches - superb.

What a night! Great sketches.

How fabulous. Love your sketches.