If It's Good Enough for the Arctic Monkeys...

I am out and about all this week and much of next too. I'm away from home for the next 4 days, doing school events in Shrewsbury so, before I'm off, I thought I would quickly share more of what happened last week, as it was a rather unusual and varied week.

After Tuesday's visit to the gallery, I spent Wednesday pretending to be an actor! A friend of mine is developing e-book aps for publishers. We did a demo last month and the client apparently loved it. So, this time it was for real. 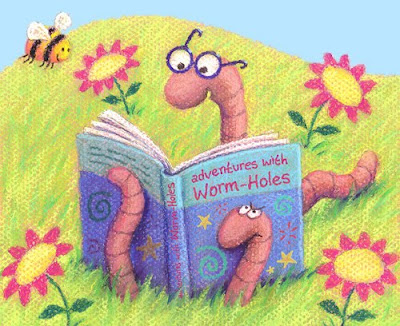 We went to a real recording studio this time and there were 10 different books for me to read. I had visions in my mind of what the studio would look like, based on my experiences at BBC Radio Sheffield, but it turned out to be just a series of huge, rather tattty and run-down rooms that were sound-proofed with a variety of different materials tacked to the walls and, surreally, an army of wooden spoons poking out of the ceiling, as baffles.

Yellow Arch Studios is where the Arctic Monkeys recorded, and that seemed remarkably apt, as the place was totally unheated, and so FREEZING. I had expected it might be stuffy, so wasn't really dressed for the North Pole. Over my shirt, I wore a leather jacket, which unfortunately creaked, so I had to take that off too. Brrrrrrrrr! 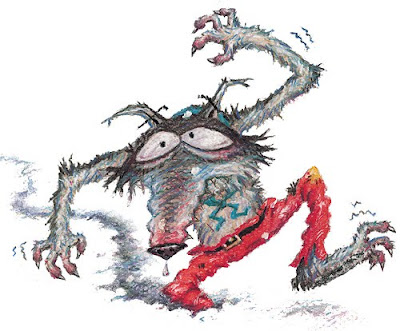 Anyway, it was very straight-forward and great fun, since I absolutely love reading aloud, and we got through all the 10 books in under 3 hours, which was just as well, as my fingers were turning blue!
It was my birthday on Thursday. I had some teaching to do at the university in the morning, but in the afternoon I had a cycling lesson. Yes - I have managed to reach my ripe age without being able to ride a bike. Daft but true. 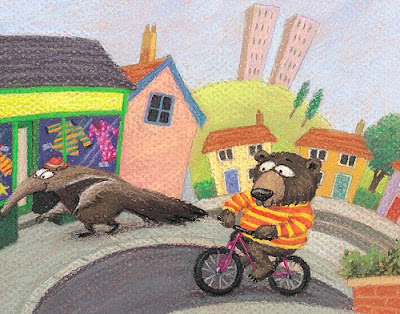 I have ridden occasionally, but I'm very wobbly and unconfident, and fall off at the slightest provocation. I did fall off during Thursday's lesson, in the local park surrounded by dog-walkers, which was rather undignified and a little embarrassing. I recovered fine and actually really enjoyed the session. It was one-to-one and totally free - a wonderful project set up by Pedal Ready, whose remit is to get us all out of our cars and onto bikes.
I do feel far less terrified now (thanks David!), but must try and get out there and build on the lesson. We are having our next SketchCrawl on March 27th and it will be on bikes (it's called Tour de Sketch), so this lesson was perfectly timed to get my confidence up for that event. I'll let you know how I get on.

Right, must dash, packing to be done...

How serendipitous! I have just found your blog - and what a great find it is. I was taking a break from surfing the web for research on animals from the Amazon (for a small illustration project). I was wondering to myself how ridiculous the Giant Anteater is and how funny it must be to illustrate...and there you go...you have one right there...in a hat! Aren't they the funniest looking things?!

Happy Birthday Lynne!!!! I hope this is a good one... but I already know it is because bike riding is so much fun. You just need momentum and you won't fall off! I can just see you sharing this story with the kids and they will just like you that much more!

Happy birthday wishes to you, Lynne! Looks like you’re enjoying some new and interesting experiences. I wonder if at some point you might include portions of your book readings online at your site. That might be a fun addition to all that you share now.:)

Your life always sounds so exciting!! What a new adventure, good for you braving a bike! Good luck on the Tour de Sketch, sounds like a great idea.